Oh my good Lord! I turned to my daughter and realized that the only other time I had been in this church was … 18 months earlier in the springtime…

The day was fresh and sunny, my spirit quiet yet tormented.  If you have ever been estranged from your child you will know the dark hole and gnawing feelings that invade your heart-  The ache, the pain the unrelenting despair that threatens to overtake your being at any point in time, but most especially in the still of the night.

It had been an especially rough 18 months.  The relationship with my daughter had become cooler and cooler and now was at a near “hostile” point.  No way to talk or communicate.  Lifeless vm messages given and returned.  This was especially difficult since it hadn’t been too many years that our relationship had still been warm, loving and close (very close).  Almost 2 hearts beating as one… We were best friends.

Now, there was nothing to talk about… She didn’t want to share the details of a marital relationship that had not only fallen apart, but become abusive.  First it was not understanding the why… and how we got there… Then as it began to dawn that there was trouble… no way to really help. 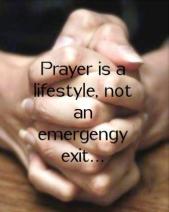 Yes, I was driven back on my knees and to the feet of my Savior.  He, who always comforts.  He who knows and understands when I don’t.  Oh, there are so many things to share about the miracles and the blessings and the comforting that He sent to me… But, this is just one. This is the one that put the finishing touch on everything else.

This spring day was Sunday before Easter.  My husband and I had been spending our Sunday mornings listening to Dr. Stanley and David Jeremiah on god TV and then Daystar.  We had not been actively involved with our local community church for several years.  But, this Sunday I chose to visit a new church in our town.  It was just me.  My husband isn’t keen on church visiting.

The service touched my heart from the very first words of the pastor’s message: “Hurting hearts over family estrangements”.   When he asked those in the service who had kids, grandkids, parents they were praying for or estranged from 75% of the congregation, including me, raised their hands.

The bulletin contained a small piece of rough string with a knot tied in one end. Having participated and attended many “life changing” professional seminars, I knew the talk would include a part about tying a knot in your rope and hanging on.  I was surprised.  The message did talk about just that… be asked us to give up “hanging on” to the knot, and instead to let go, and let “God”.

What a concept!  I realized there was nothing I could do, and I remembered  the promise God had given to return my daughter and grandkids to me… To restore our relationship, I could not do that… ONLY HE could. Hanging “on” just didn’t do any good.  It just served to make an emotional wreck out of me.   At the end of the message the pastor suggested that all who were willing to give their situation to God, take the bit of rope and place it at the feet of a huge cross which had been erected especially for this purpose.

Within moments, the procession began. I joined in.  I would not be carrying this burden any longer. I would give it to Him who has always been faithful and true knowing that He would complete it in His timing.  It was with a lighter heart and lighter step that I left that service on that Palm Sunday week end.

I cannot honestly say that my heart no longer ached or that I cried less in the still of the night… but even so I knew that He was there, he heard, he saw and He would complete in His timing.

God answered my prayers, Jesus brought my daughter home and as witness to that He underscored His faithfulness in that moment where I realized that my daughter and I were visiting this church together… nearly 18 months after my letting go of the knot in the rope.

For more information about Christ or the Christian experience click here